Tools of the Design World: InDesign

There are many tools for design. You can always choose the best one once you get to explore most of these tools. One of the tools for design is InDesign. It is a Creative Cloud tool that is excellent for art publishing.

Find out more about InDesign and what it is about here.

InDesign is one of the best layout tools for print and digital publishing.

InDesign is a page layout application for professional print and digital publishing. It’s an alternative to QuarkXPress or CorelDRAW, the industry standard for most graphic designers worldwide. Some graphic designers swear by it so much that they exclusively use InDesign despite its high cost.

Besides publishing, it can be used in other industries, such as advertising, web design,, and, most importantly, user experience (UX) design. It’s useful for graphic designers who don’t want to learn HTML/CSS or website design. Everything that you know in InDesign can be used to create website layouts.

How much does InDesign cost?

InDesign is not very expensive compared to its power.

There are many kinds of plug-ins. Some improve performance; others add powerful new tools. There were over 120 different plug-ins available, with prices ranging from $15 to more than $3,000 per title.

Most people use only a few features. So, for most people, Adobe’s suite is adequate. And it comes with a lot of extras. You may already have it on your computer as a part of another Adobe package you’ve purchased.

Otherwise, you can purchase it either in a bundle with other titles or as a single title. It is available for both Mac and Windows, although the latter has more choices to choose from. It varies depending on which features are used – but usually around $500-600. A student discount may be available too.

On the other hand, the same applies if someone wants to distribute free copies of software. This is not a trivial task – you have to pay for hosting fees, bandwidth costs, transfer costs, and support staff.

Since InDesign can also be used when distributed (or installed), there needs to be some fee attached to that distribution. That’s why Adobe decided to charge a license fee for users who use the software without actually purchasing it.

InDesign can be used by students and teachers on school computers with no additional costs if the school already has an educational version of Creative Cloud. Still, every user needs to have a licensed copy.

It’s mandatory because otherwise, we wouldn’t know if someone was using it at work or whether or not people are stealing it. Users who buy their software in retail stores pay around 100-200% more than what they would have paid.

When is InDesign used in the process?

InDesign is used for the entire layout process once you have graphics and copy for what you are creating.

It depends on what you’re working on and who your audience is. For example, if you’re creating a book aimed at children, InDesign is likely the perfect tool.

If you’re publishing an academic journal, it’s probably not the best option. But, on the other hand, just because you’re writing an article for a design-related publication, I’d say it’s safe to lean towards InDesign.

The program has many features specifically geared toward designers and digital artists. In addition, there are more than enough resources on the web covering in-depth how specific parts of InDesign work.

That said, InDesign can be a bit overwhelming to learn. You may want to try out the program before purchasing it. Once you’re confident you need InDesign, your best bet is to buy Creative Cloud from Adobe.

They offer student pricing, and even retail stores worldwide offer upgrades for about 50% off the price of full versions. If you’re already an Adobe CC subscriber, it’s probably not worth your time to go out and buy the standalone version of InDesign. Instead, just keep using what you have until you need more features. 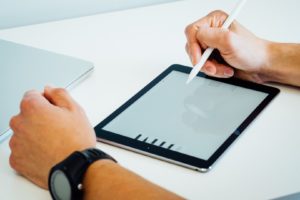 The only actual situation where InDesign isn’t a great fit is when you’re producing strictly Web-based content.

That’s because, to create a publication that works on screen and print, you need something like Adobe Acrobat – which can take any document and convert it into a PDF file.

Other than this, anything else falls within the realm of InDesign. If you’re creating things like calendars, inserts, or posters, then InDesign might be just what you’re looking for.

InDesign is one of the best design tools these days. It is used by professionals and non-professionals, designers as well as writers. InDesign is available for both print and online purposes, but today.

Tools of the Design World: InDesign

Tools of the Design World: Shopify

2 Tools you Should use with Your Developer

When working with a product developer, there are two types of programs you should be familiar with. While there are many options for each one,

When most people think of branding, they think of businesses getting logos, colors, fonts, etc. But products need this as well.

These are the top 5 things that have made projects easier to accomplish and more successful. Make sure you have these with your project to be as successful as possible.

You’ve got brilliant ideas, we have the expert tallent.

let's make something together

We believe in being the design partner to our clients, not just a service. Your challenges are our challenges  and our solutions yours. If you are looking for a partner to help make the world a better place or tackle a difficult problem, we’d love to hear from you.

Please provide a brief description of your project and we’ll get back to you within 1-2 business days. Let’s start our journey together. If you require funding, please contact us to learn about applying to our mentorship and funding programs.

let's make something together